Open Results for The Non Pro Plus The Open

It has been a busy week for Cutting Horse Central covering the results for several shows going on across the country!  Cutting is alive and well that is for sure!  In this particular article though, we are focusing on bringing you the results from the open classes that have concluded at The Non-Pro Plus The Open here in Ardmore, Ok.  This show moved to Ardmore just last year from its first location in Oklahoma City and it seems to steadily grow from year to year.  Della Hillerman goes out of her way to accommodate cutters of all levels to ensure a great experience for all involved.  The show incorporated a leveling system in all of the classes that is very encouraging for competitors and allowed up and coming trainers to bring their show string as well.  Because of this system there were quite a few titles given over the past few days and it has been very exciting to watch!

In the Derby Open Matt Miller and Im Countin On Annie (Im Countin Checks x Smart Hicat Annie), owned by Holy Cow Performance Horses, started off the finals marking a 222!  It was a pretty run and Matt, as always, went in there to win and it all came together.  When these trainers are out there trying to win it sometimes does not fit because of the risks you have to take to get there but when it does come together, well that is what this sport is all about!  The duo took home a $10,000 check for the win!  This mare just came off of a fantastic show at the Breeders Invitational as well, she is definitely on a roll! 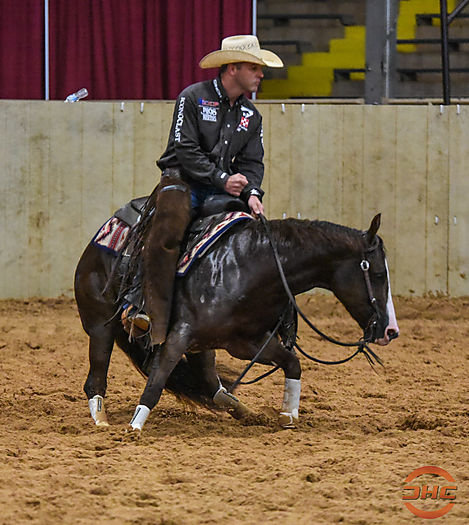 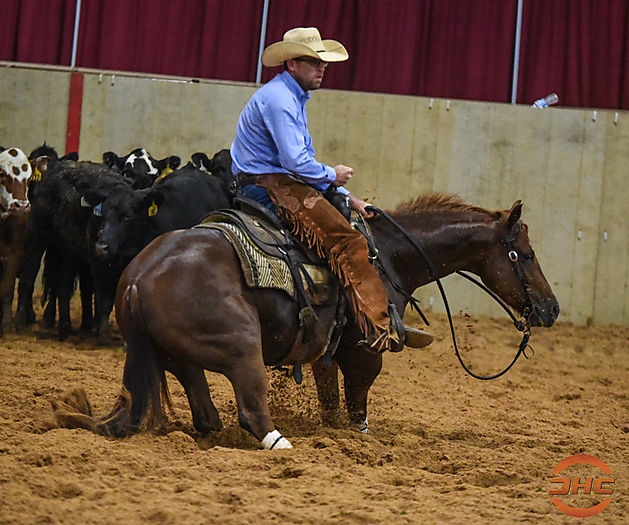 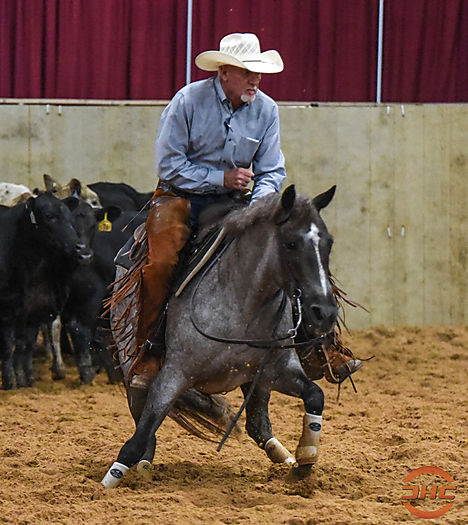 The Gelding Division Champion was Catty Duals (Catty Hawk x Gar Bella Lena), owned by Janice Eaton and ridden by Matt Miller.  They marked a 217 to receive a $1,337.70 along with their fourth-place finish in the finals! 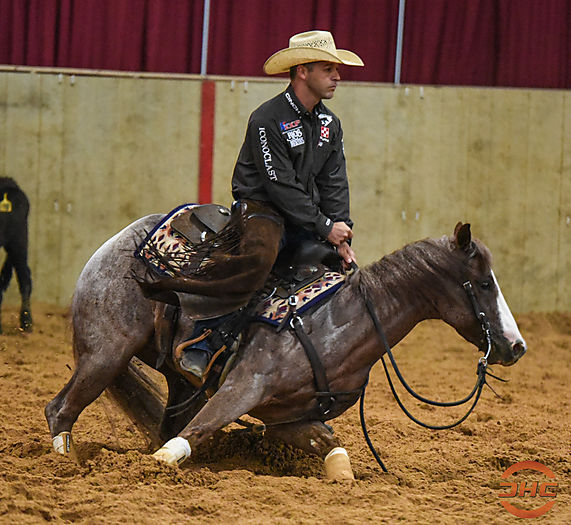 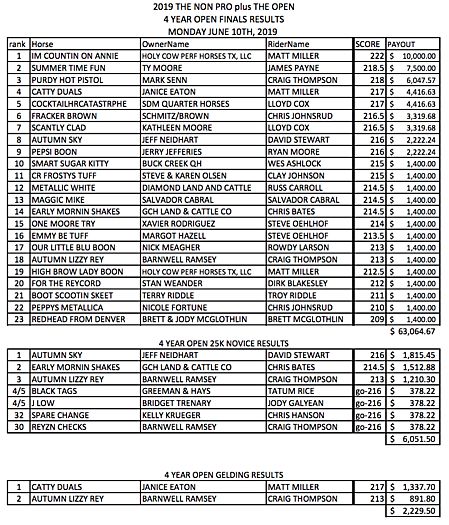 Wes Ashlock and Smart Sugar Kitty (Kit Kat Sugar x Dual Smart Kitty), owned by Buck Creek QH, were in the spotlight once again marking a 222 to take home the Mid-Level Derby Open Championship!  They added another $5,000 to their earnings with this win.  They were the Abilene Spectacular Derby Open Champions earlier this year as well.  These two fit together so well and there is much more to be seen from them as time goes on.  It is evident that Wes truly enjoys this mare as well, and that is just fun to see for a duo to have that kind of connection and do so well together. 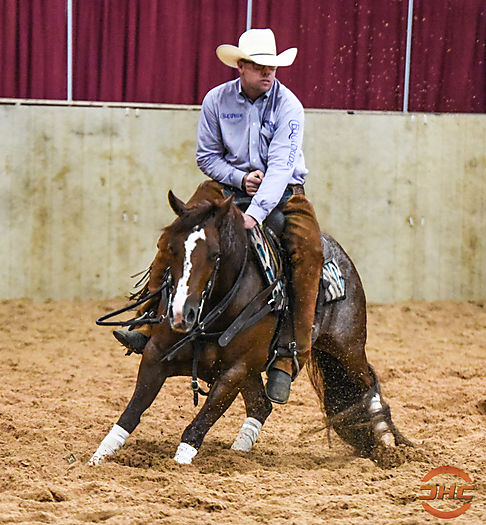 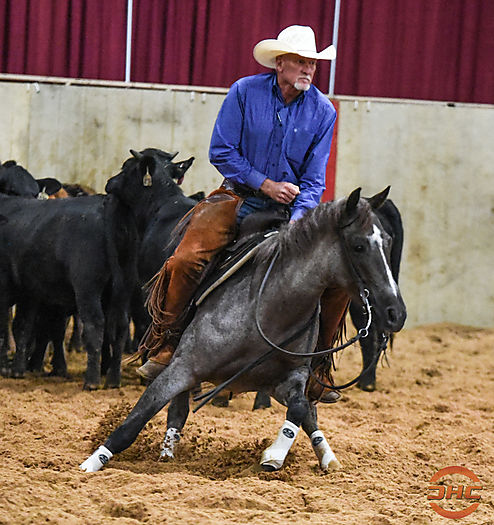 The Gelding Division Champion was Dualin N Catty (Catty Hawk x Little Smarty Pep), owned by the Cowan Ranch and ridden by Nate Gribble marking a 214 to receive a $1,102.50 check. 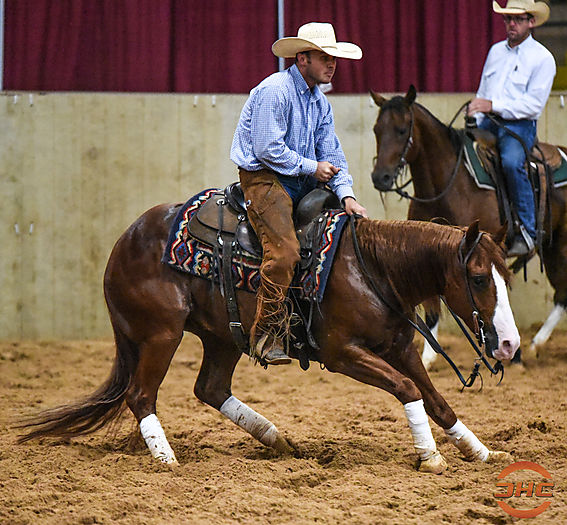 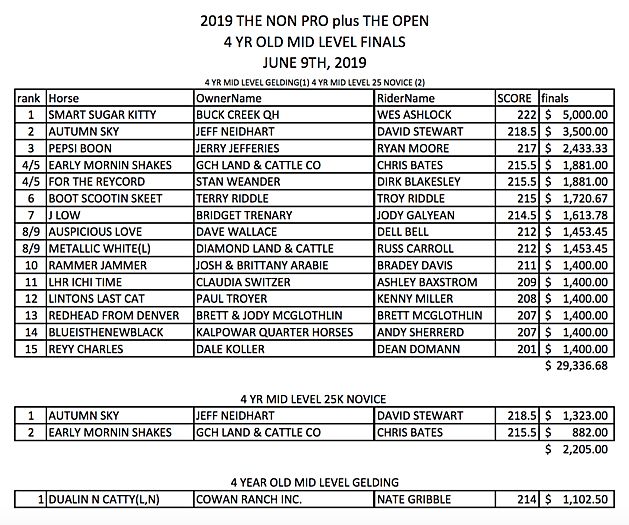 In the Limited Derby Open it was Christian Miller who finished with a win marking a 219 aboard SDP Ruby Tuesday (Dual Rey x Ruby Tuesday DNA), owned by the Buffalo Ranch. They received a $2,500 check for the win!  Christian just recently made the move to Buffalo Ranch as the head resident trainer making this win a little extra sweet.  It seems to be coming together for this talented up and coming trainer with seeing some success as well as people backing him.  It takes a support group and a good team for it all to work but also a chance to see what their horses can do, making this leveling system mean a great deal to people like Christian and the others to have made these limited finals! 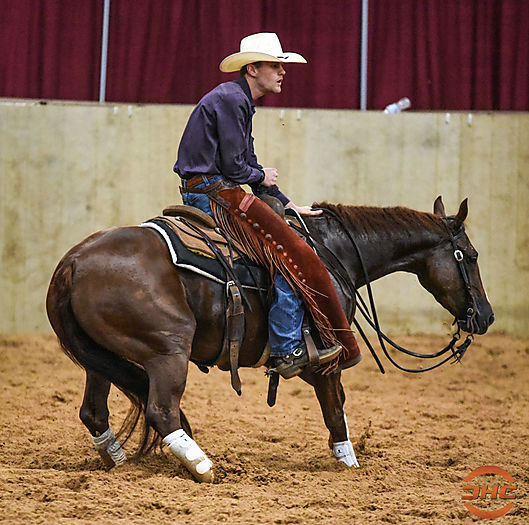 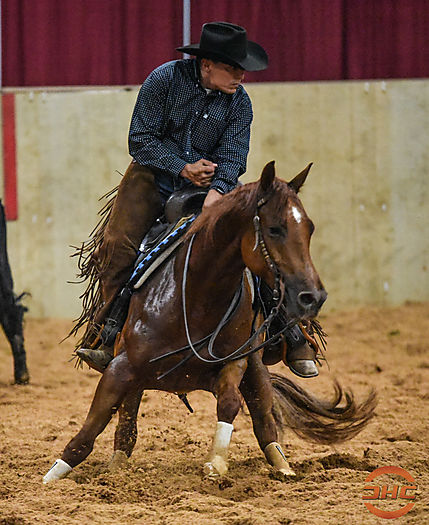 Lloyd Cox and Second Spot (Spots Hot x Reycey Moon), owned by the Barker Ranch, stole the show in the Classic Open marking a huge 226!  It was a run to give you goosebumps, absolutely perfect and difficult at the same time.  “Lilly” makes everything look easy with her extreme athleticism but she looked like she was having a lot of fun in this run!  This particular run was special for this mare and the Barkers in that it put the NCHA Futurity Champion into the Hall of Fame!  The $8,000 check is by far not her biggest check to win but it was the one that pushed her over the $400,000 mark to ensure her spot in cutting history.  It is the first baby the Barker’s have raised that has made their way into the Hall of Fame as well, just heartwarming all around! 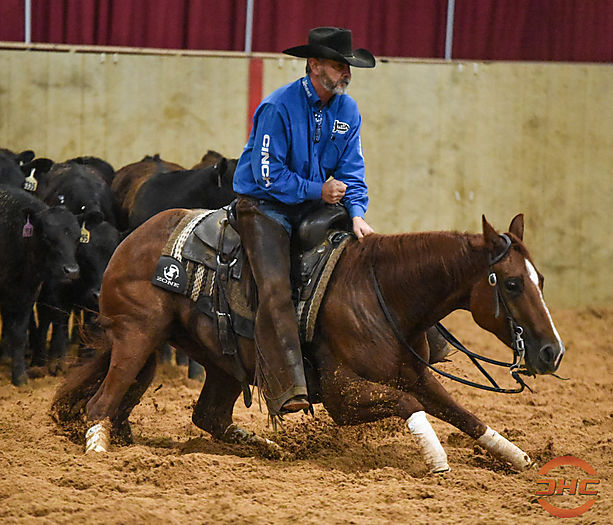 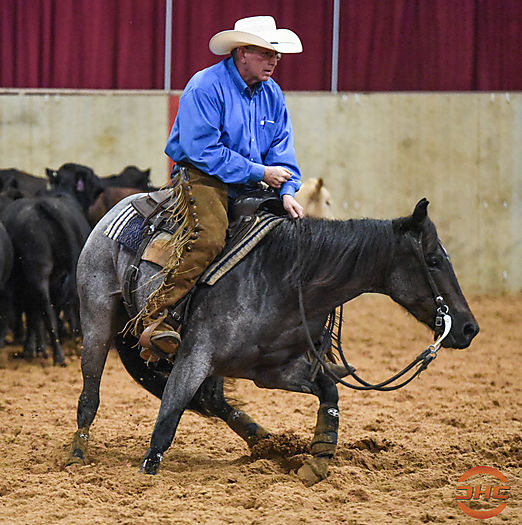 The Gelding Division Champion was HR Cats Starlight (High Brow Cat x Nurse Gray), ridden by Tarin Rice and owned by EJ Huntley, marking a 217.  They collected a $1,337.70 check for the win. 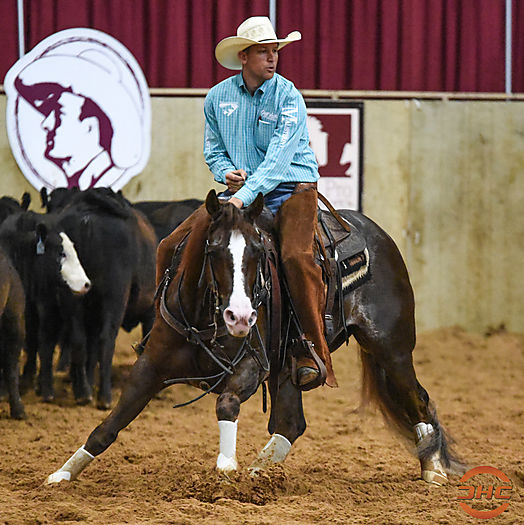 The Novice Division Champion was Sofie Is Smooth (Smooth As A Cat x Sofie Rey), owned by Mark and Sylvia Fagan and ridden by Chris Hanson, receiving a $955.50 check. 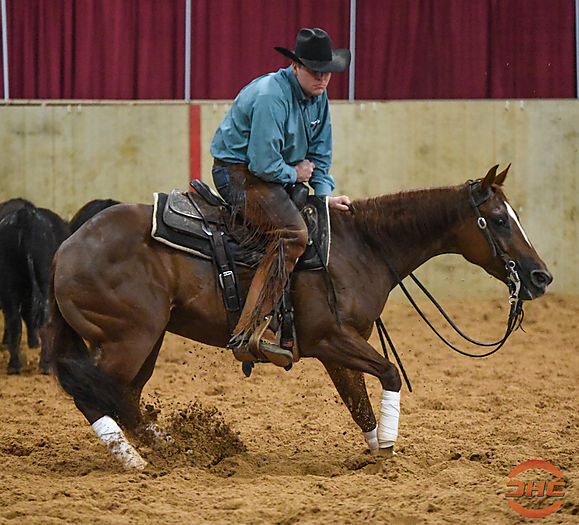 Chris Hanson and Sofie Is Smooth 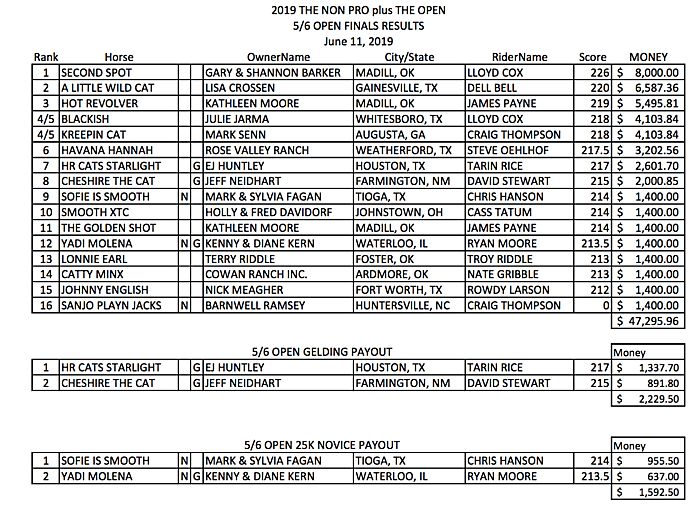 In the Mid-Level Classic Open Finals David Stewart made his mark once again.  This time riding Cheshire The Cat (High Brow Cat x Autumn Boon), owned by Jeff Neidhart.  They marked a 220 for the win which was good enough to collect the $4,000 Champion’s check!  David had a great week with several horses owned by the Neidhart’s making both the Mid-Level and regular Open finals on this young stallion and Autumn Sky.  It was another trainer that utilized the leveling format to make for more happy owners.  It is looking like it is bringing a huge positive impact on the sport as a whole! 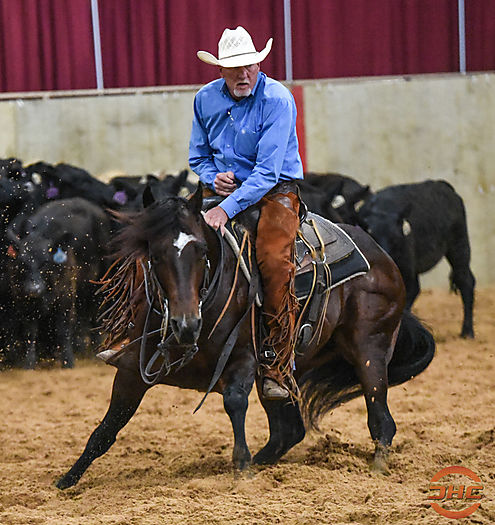 David Stewart and Cheshire The Cat

Co-Reserve Champions were Chris Bates riding Mr Stormy Cat (High Brow Cat x Miss Peppy Dual), owned by GCH Land and Cattle and Cass Tatum riding Bobs Smart Rey (Dual Rey x Bobs Smart Chance), owned by he and his wife Chelsea, both marking a 219.5.  They each received a $2,618.34 check to go along with their titles.  Mr Stormy Cat was also the Gelding Division Champion adding another $955.50 to their earnings. 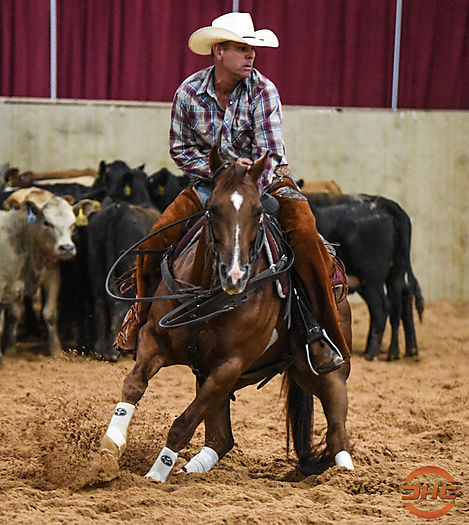 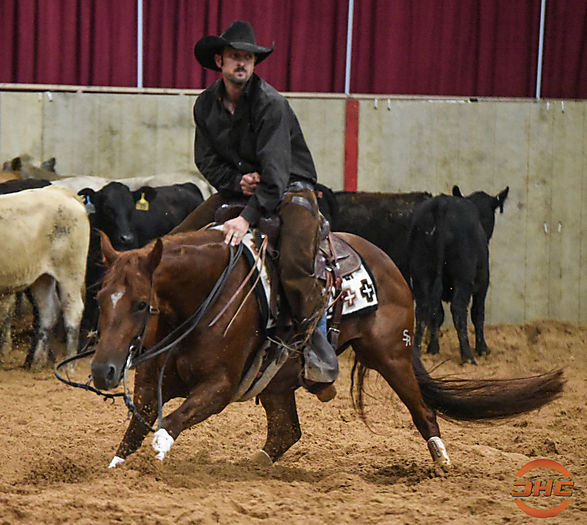 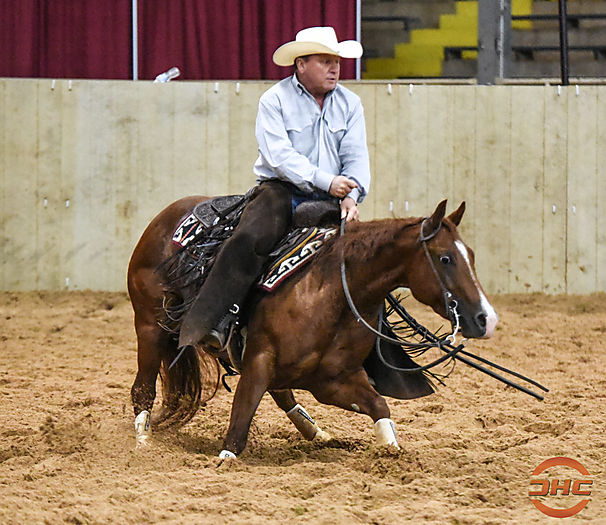 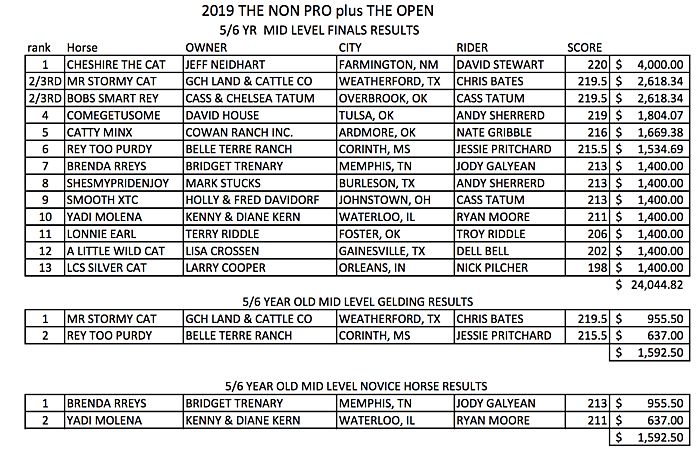 Last but not least in the Limited Classic Open it was Cory Deel that finished on top taking home the Championship riding Jazarey (Jazarell Cat x Rey To Play), owned by the Over Forty Ranch.  They received a $3,200 check for the win!  This duo also topped the first round of the Limited Division and Cory made this same finals on another horse as well.  It was a great show for both Cory and The Over Forty Ranch! 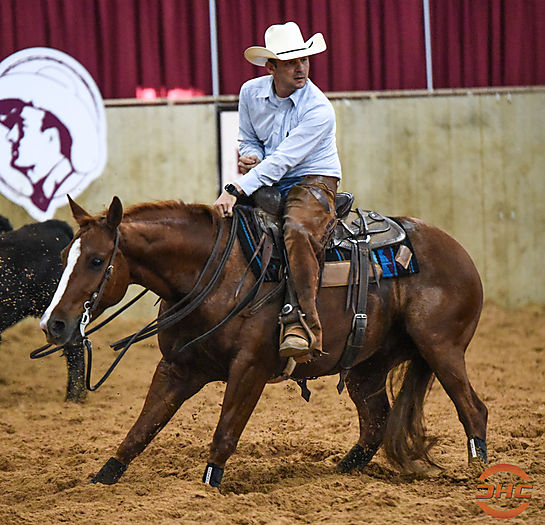 Reserve Champion was Christian Miller riding Sumkinda Sweet Thang (Dual Smart Rey x Some Kinda Sweety), owned by Katie Miller marking a 220.5!  They collected a $2,508.15 check along with their title. 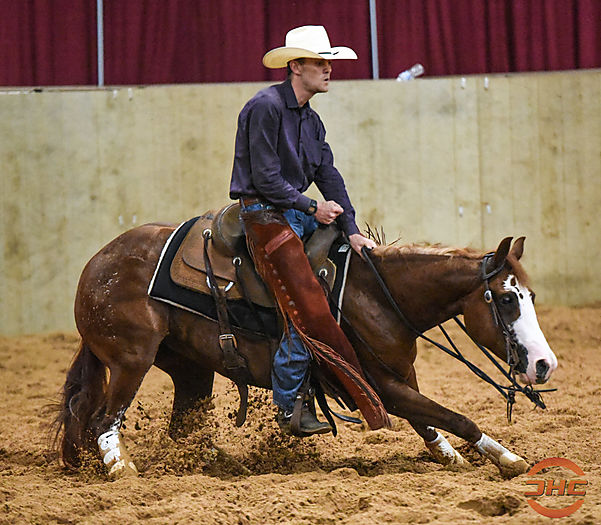 The Novice Division Champion was Dandy Cat (Metallic Cat x DMAC Dandy Devine), ridden by Tyler Lewis and owned by Lowrance Horse Division.  They received a $955.50 check for the win! 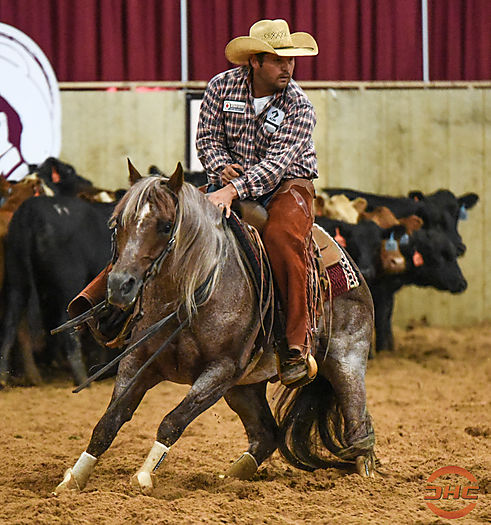 That does it for the Open Aged Event classes at this year’s Non-Pro Plus the Open but there is still quite a bit to go at the show!  It will be an exciting rest of the week, be sure to tune into CHC Live scoring to keep up with the action!