There has been a lot of discussion recently about the new “Leveled 2 Division Class Structure Proposal” that is being presented by the Non Pro Committee. Due to all the controversy and hype surrounding this proposal, much of it based on assumptions rather than facts, we thought we would break it down for you and give you some of the facts behind this proposal.

We are not taking sides on this we just want to make sure everyone understands the proposal.

First, we would also like to mention that discussion on this topic started back during the 2019 NCHA Convention and this proposal is merely a “Rough Draft” intended to be studied & “Vetted” by the Competition Committee before possibly sending to the EC Committee for consideration and possible testing.

With changes in recent years to the Amateur & Unlimited Amateur divisions it is no secret that the Non Pro Division has suffered greatly and the "Amateur" now has million dollar riders competing against “True Beginner" level Amateurs.

Here are some facts about the new “Leveled 2 Division Class Structure” Proposal: 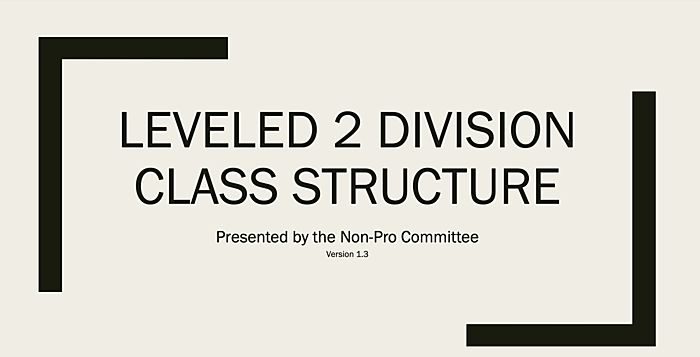