2019 Horses of the Year and Award Winners

One of the most prestigious titles each year is Open Horse of the Year. It always has been one that is very hard to achieve, but in recent years it has become more and more difficult with the amount of talent increasing our sport. It has also expanded into the Non-Pro and Amateur classes as well, making the race possible for all of our predominantly aged event competitors. 2019 proved to be another year of exceptional horses, and our three Horses of the Year reflect their talent.

Open Horse of the Year

In the Open, it was Crey Zee (Dual Rey x Ezee E), owned by Kevin and Sydney Knight, that finished the year as the 2019 NCHA Open Horse of the Year! She started things off with a bang claiming the 2018 Open Futurity Championship with rider and all of fame trainer Tatum Rice. She later took home the Ike Derby Open Championship, followed by the Bonanza Derby Open Championship, to start the 2019 show year. She had considerable success after that, with many finals made and more titles added under her belt! She had a sizable lead and was able to rest a little towards the end of the year, so she will be ready to go at the start of 2020 to take on the year! 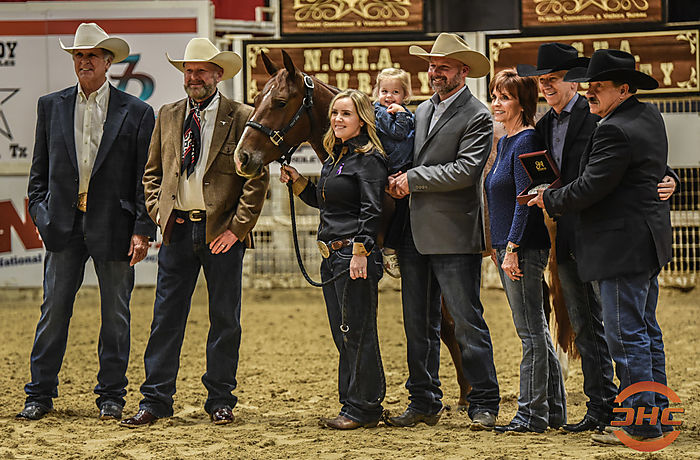 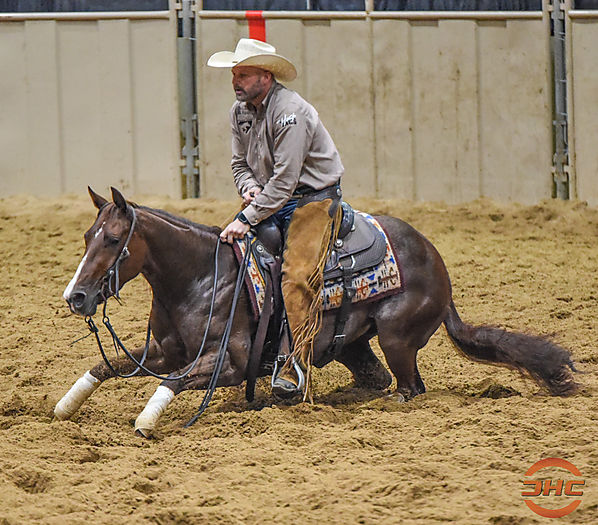 Tatum Rice and Crey Zee at the 2019 Breeders Invitational

Non-Pro Horse of the Year

Chexy Louella (Im Countin Checks x Louellas Cat), owned by Austin and Stacy Shepard, finished the year as the 2019 Non-Pro Horse of the Year. Ridden by Cade Shepard, she also left the 2018 Futurity as a Champion! She and Cade were the Non-Pro Futurity Champions, followed by the 2019 Breeders Invitational Non-Pro Champions. They finished the year as the Derby Non-Pro Champions at the Southern Futurity. As Cade would say, they had some ups and downs with “Lips” being a little bit of a high-strung mare, but it has been well worth the effort! He was very close to achieving this title with another great horse, Twistful Thinking, but fell just short, making this win that much better! 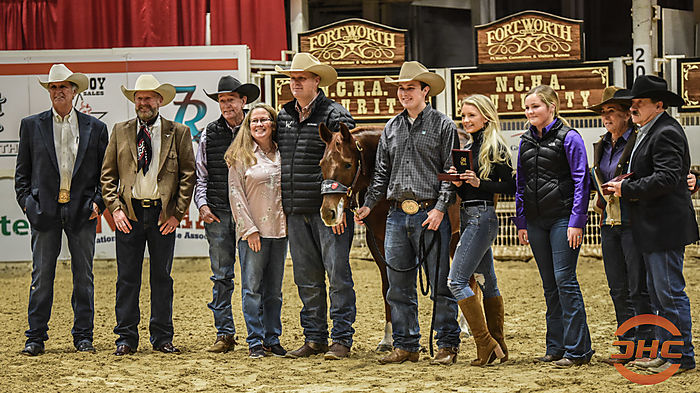 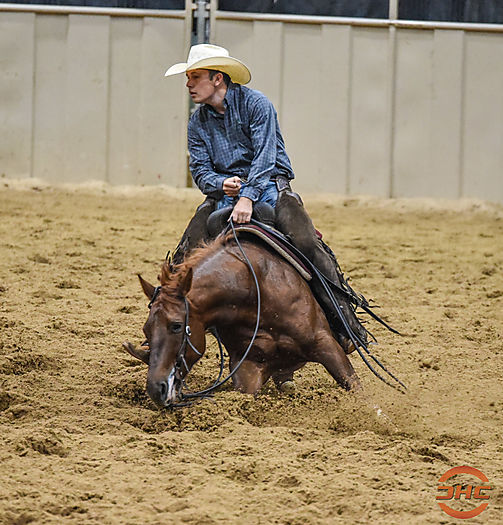 Cade Shepard and Chexy Louella at the 2019 Breeders Invitational

Amateur Horse of the Year

In the Amateur, it was a bittersweet win. Sweet Toothe (Kit Kat Sugar x One Sweet Sis) also left the 2018 Futurity with a win. He and John Rockey were the Unlimited Amateur Futurity Champions! This was followed by several Championships and countless finals until, sadly, in June, we lost John suddenly. The stars aligned for both “Henry” and John to finish the year strong, with claiming both the Amateur Horse of the Year title and Amateur rider of the year even without competing through the fall. The Rockey family made the tough choice to sell the special gelding to the perfect home with a long-time cutter, June McGee, who added a few points to Henry’s lead at the Cotton Stakes. It was amazing and just meant to be that this all ended up working out for them to win, and so meaningful for the Rockey family. 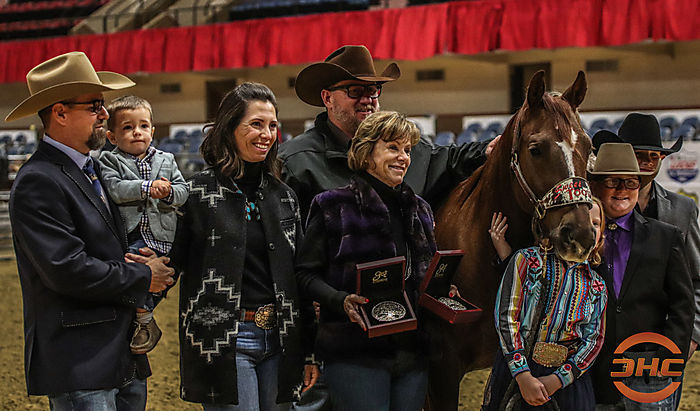 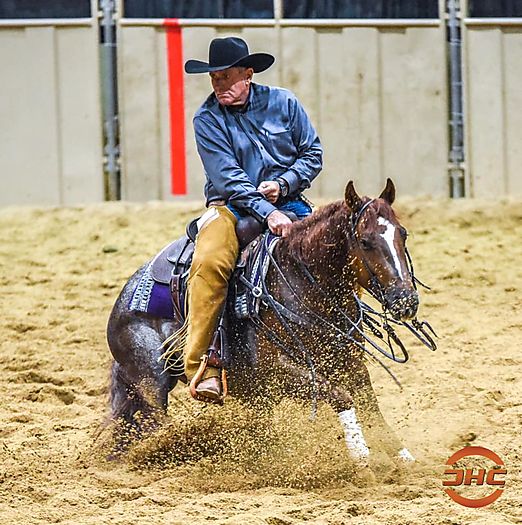 John Rockey and Sweet Toothe at the Breeders Invitational

As said before, this is one of the biggest honors that one can receive in our industry, and we could not be more excited for these recipients! Congratulations to all of these champions from all of us here at Cutting Horse Central!

There were quite a few awards given at the 2019 NCHA Futurity, here is an overview of some of the awards and honorees:

Members Hall of Fame Inductees include Lonnie Allsup, David McDavid, John White, and Mike Mowery for their outstanding contributions to the NCHA through the years. 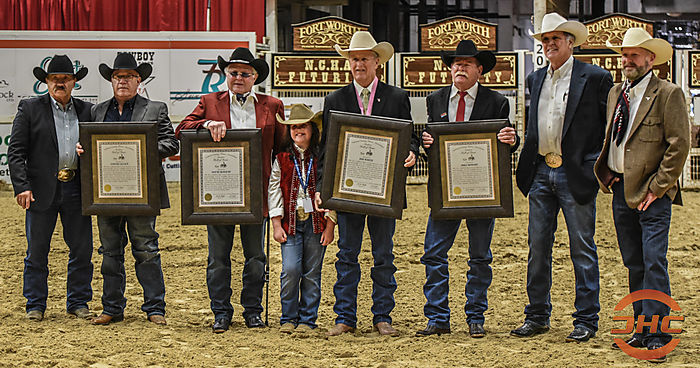 The Mary Kingsbury Award recipient was Hilary Watson who's award was accepted by her husband Tom Watson. 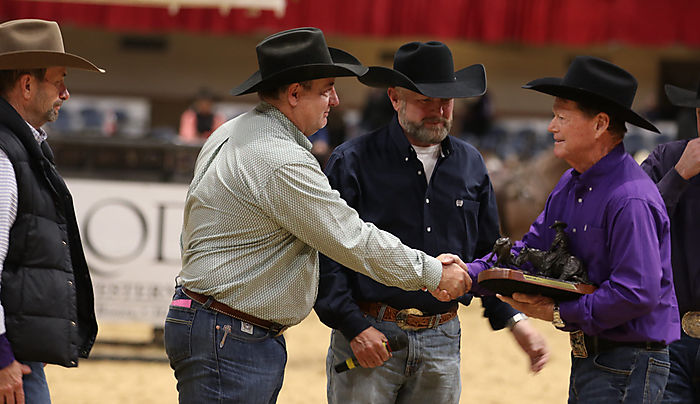 The Limited Aged event Rookie of the Year was Faith Skinner. 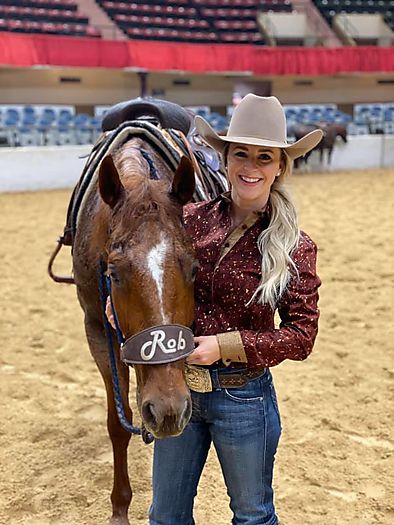 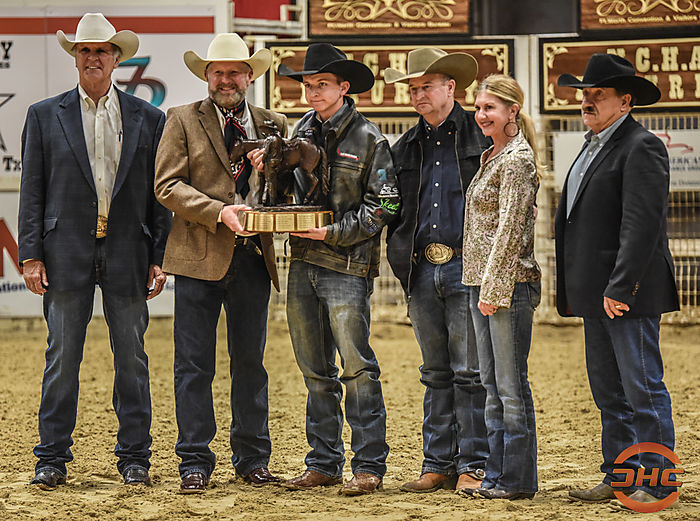 The Todd Drummond Award recipient was Cash Carpenter for his excellent scholastic accomplishments as well as his involvement in extracurricular activities and the cutting community. 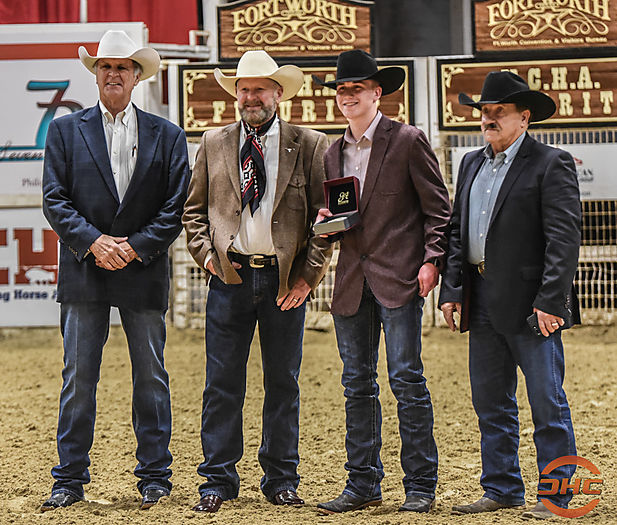 The Zane Shulte Award recipient was Ted Sokol for his outstanding character and contributions to the sport of cutting. 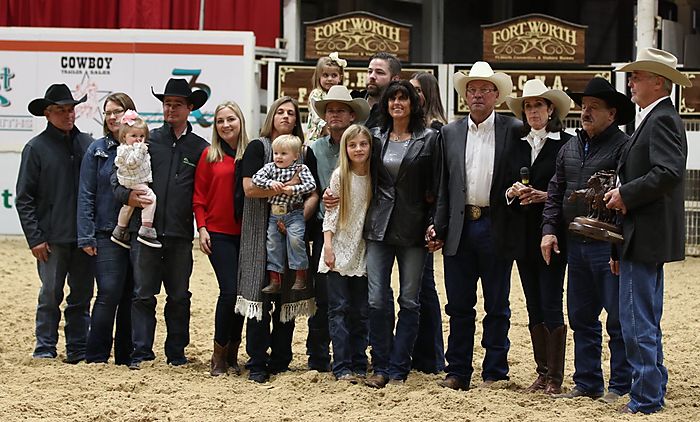 Highest score in the Open first go round:

The Edgar Brown Award recipient was Michael Cooper riding Bohemian Rhapsody, owned by the Rose Valley Ranch, for having the highest cumulative score going into the Open Semi Finals. 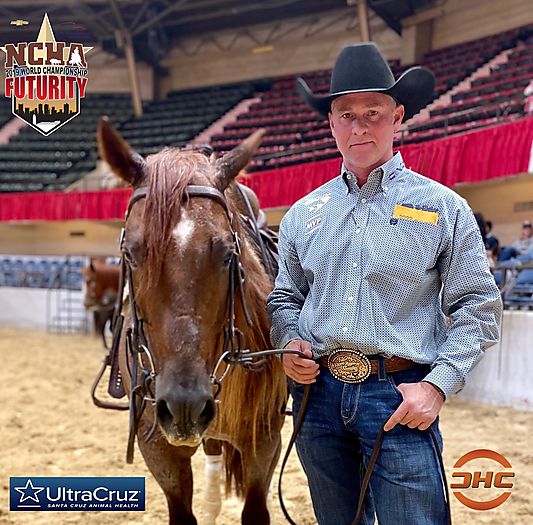 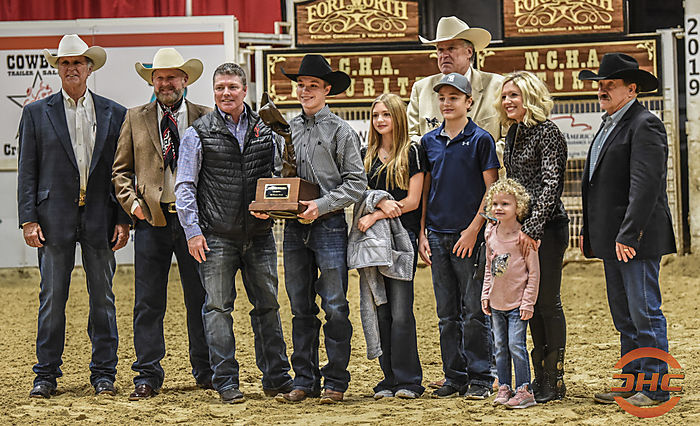 It was a wonderful thing seeing members of our cutting family being honored for different achievements or for their contributions to this great sport that we love!  We are looking forward to a wonderful New Year!