The 2019 Cattlemen’s Derby & Classic wrapped up on Sunday with the Non Pro 4YO Finals and all the Amateur Finals.

Champion: Ryan Rapp and his trusty gelding Manteca Moe (Hydrive Cat x Memorey) owned by his parents Phil & Mary Ann Rapp scored a 218.5 in the 1st Go then followed it up with a 219 in the Finals to collect the $6,000 paycheck. This team also captured the Gelding Championship adding a nice little bonus of $2,500 to their total winnings for the week here in Graham, TX. This was Ryan’s second Non-Pro Championship and already has lifetime earnings in excess of $230K+ and is only 17 years old. 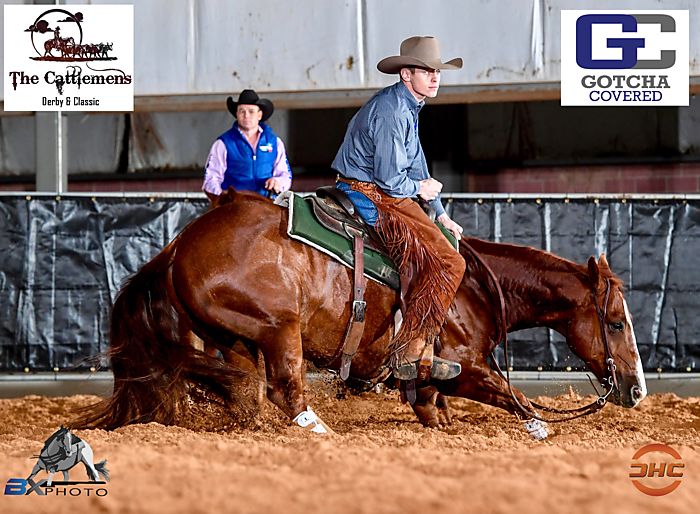 Ryan has had a busy week, he left right after the finals to get to the Eastern Nationals where he was also a finalist in the Senior Youth on Sunday.

Reserve Champion: Reyly Plendl scored a 218.5 on Mr. Metallic Rey (Metallic Cat x Rey Of Oak) to finish a close 2nd behind Ryan and collected the $5,000 paycheck for their Reserve Championship. They also picked up the Limited Championship for an additional $2,400. This team really stepped it up after qualifying for the finals on the bubble with a 216. Reyly is another one of the up and coming young guns making a name for herself. The win here this week boosted her lifetime earnings over the $200K+ mark.

Senior Champion: The Senior Championship went to Lachlan Perks and Metallic Jack (Metallic Cat x Stella Starlight), who marked a 214. They collected $2,550 for the title.

Novice Champion: The Novice Championship went to Patrick Collins and Oh Sweet Caroline (One Time Pepto x Oh Miss Caroline), who marked a 212.5. The pair took home $1,176 for the title. 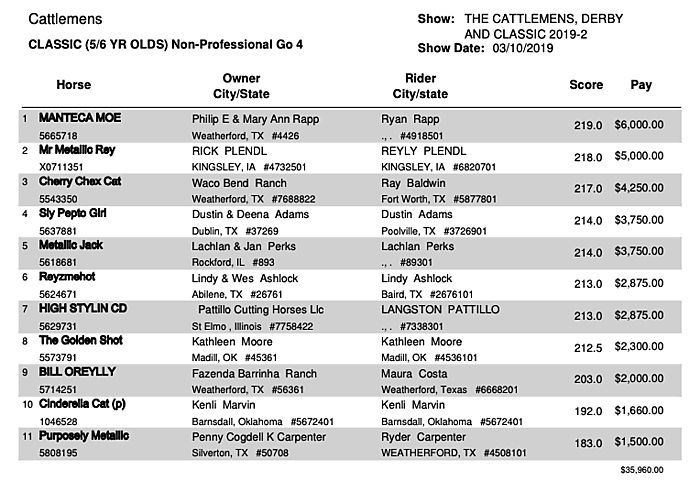 Co-Champions: There were two teams that tied for the top spot in the 4YO Non-Pro Finals.

Dustin Adams and Hottish For You (Hottish x Rachel Davis) fought their way into the finals with a 214 which was right on the bubble to qualify but once there they took advantage of their 3rd hole draw to post a 217 for the early lead. Dustin has amassed nearly $4 Million ion lifetime earnings and since his return to cutting late last year after a short hiatus has wasted no time getting back to the winner’s circle. They also took home the Novice Championship, worth $2,500. 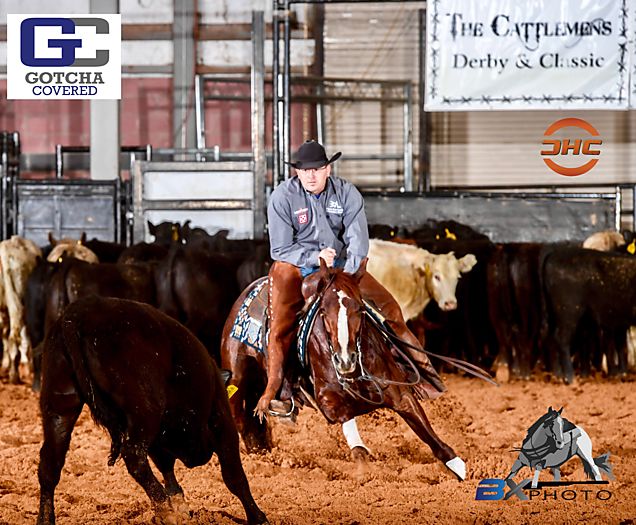 Kade Smith made the most of his last hole draw in the finals aboard Playboy Bunny (Metallic Cat x Taquitas Playgirl) to match Dustin’s 217 for their share of the winnings. This duo had a solid 216.5 in the 1st Go and didn’t disappoint with a tough run in the finals 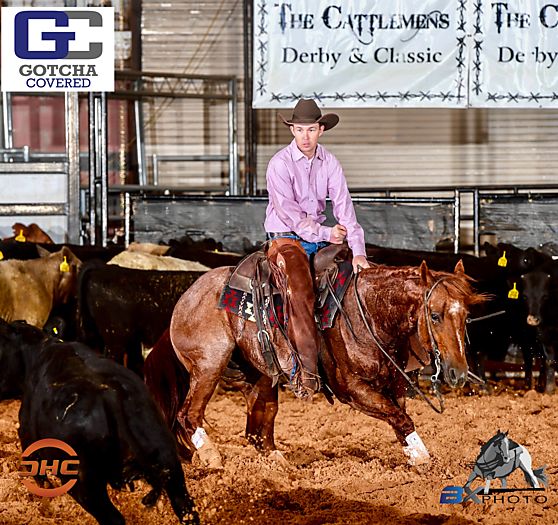 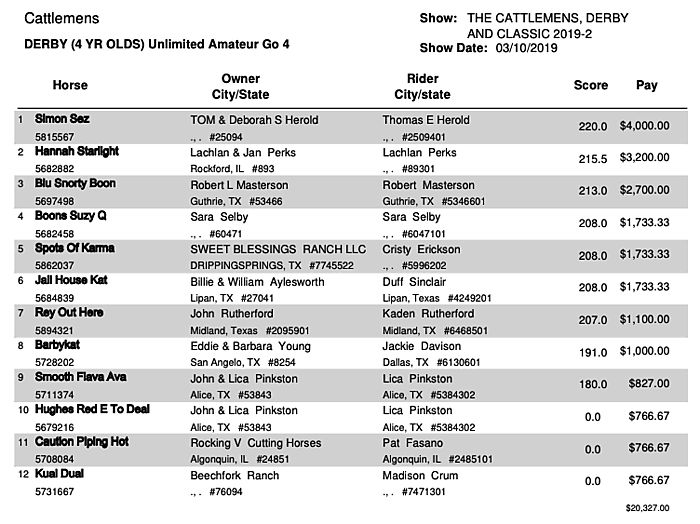 Champion: Stephanie Sheen scored a 219 aboard Metallic Alex (Metallic Cat x TM Smart Alexis) owned by her and her husband Dave to claim victory in the 5/6YO Amateur division collecting the $4,000 Winners Check and were also the Senior Champions adding an additional $3,300 to their winnings 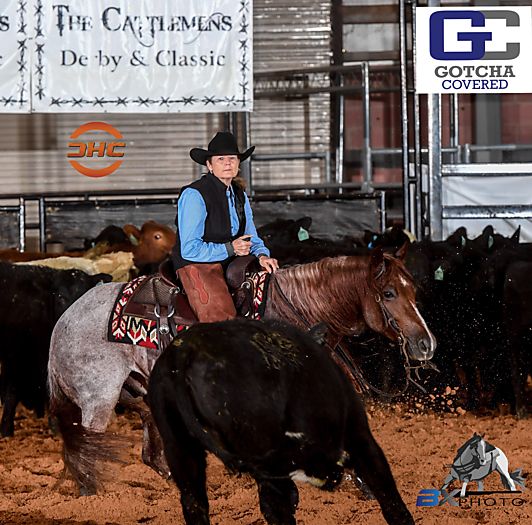 Reserve Champion: Mike Schraeder & Game On Smooth (Smooth As A Cat x Ricochet Silk Chic) scored a 218.5 for the Reserve Championship collecting $3,000 for their efforts here and were also the Gelding Champions adding an additional $2,500 to their kitty. 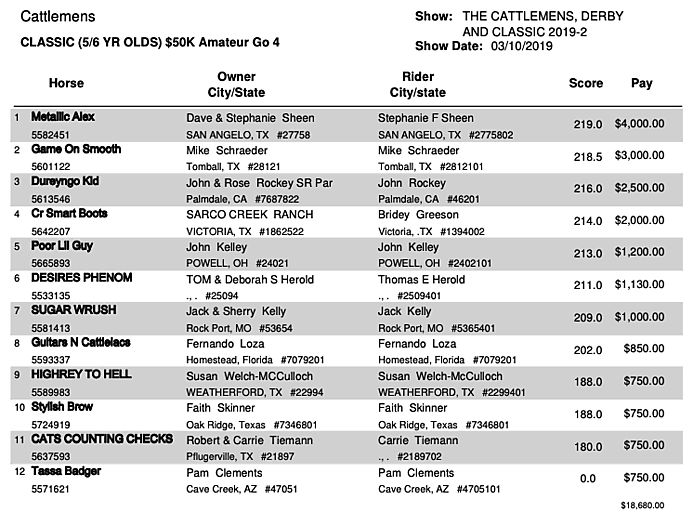 Champion: Thomas Herold posted a commanding 222 to take home the win aboard Simon Sez (Dual Smart Rey x Shes A Smooth Cat) owned by he and his wife Deborah winning $3,600 He also collected an additional $3,000 for winning the Senior Division. 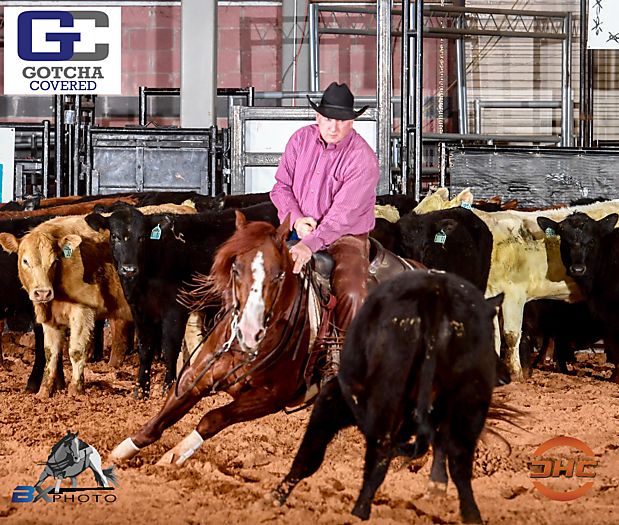 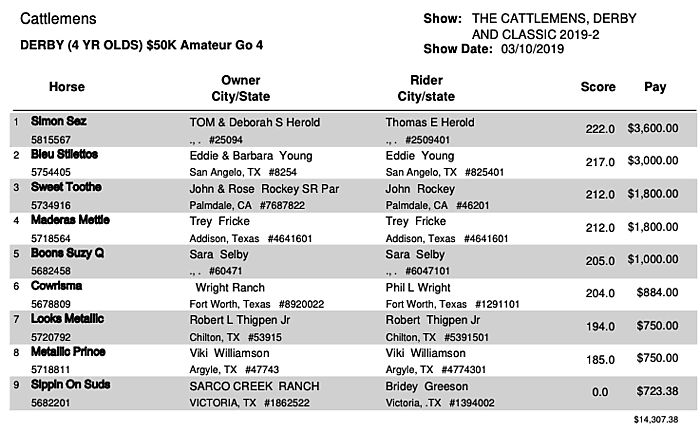 Champion: Reyly Plendl & Mr. Metallic Rey (Metallic Cat x Rey Of Oak) owned by Rick Plendl came out on top in this division scoring a 221 collecting the $4,300 Champions Check. They also took home the Gelding Championship, worth $3,700. This team were also the Reserve Champions earlier in the Non Pro Finals. 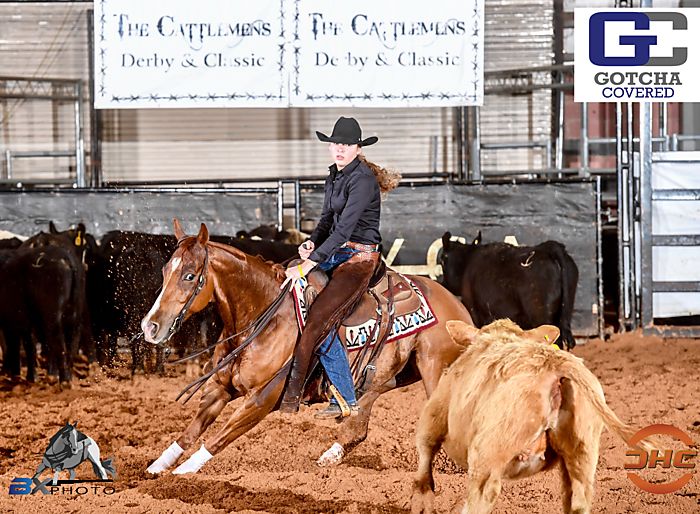 Reserve Champion: Andrea Sutton scored a 217 for 2nd place aboard Wicked Metal (Metallic Cat x A Little Bit Wicked) owned by Andrea and her husband Von. They collected a check for $3,500. 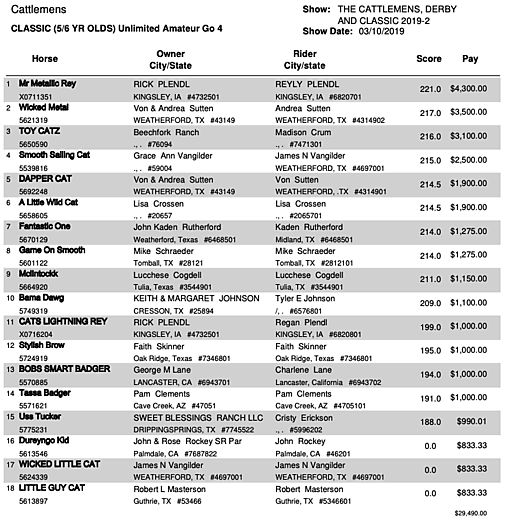 Champion: Thomas Herold claimed his second Championship aboard Simon Sez (Dual Smart Rey x Shes A Smooth Cat) this time scoring a 220 to claim the 4 YO Unlimited Amateur Championship along with the $4,000 winners' check. This team was also the 4YO Amateur Champions earlier in the day already pocketing the $3,600 check from that division. They also picked up the Senior Championship and another $2,810! 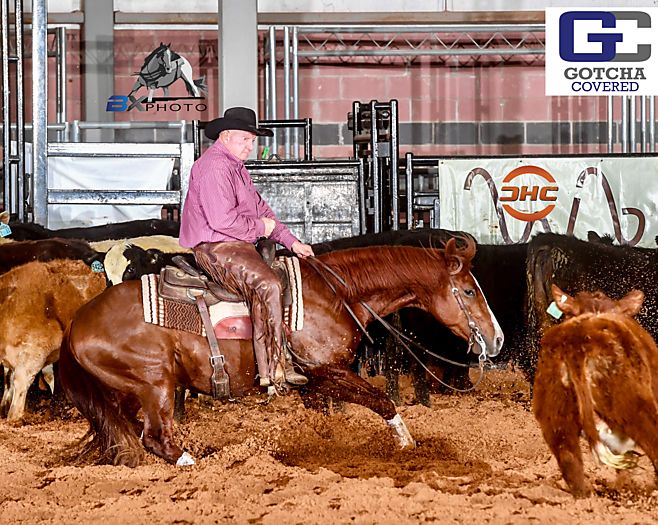 Reserve Champion: Lachlan Perks and Hannah Starlight (Hottish x Stella Starlight) were the last team to work on the last day of the show but earned their way into second place with a 215.5 collecting the $3,200 prize check.

Robert Masterson and Blu Snorty Boon (Once In A Blu Boon x Snort Girl) took home the Gelding Championship, worth $2,500. 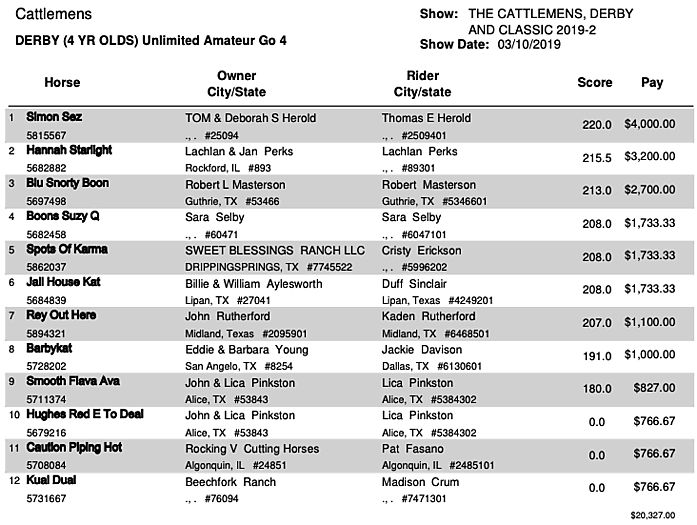